In a world where most major companies are ceasing development in the platform space to focus almost exclusively on development within the financial exchange space, Johnson Controls is a mystery. While the company has been developing within the financial exchange space like the other major players, it has also kept a strong presence in platform development, as noted in our previous article on sector trends. This behavior is unusual, and almost exclusive to Johnson Controls with the exception of Itron, who has not maintained nearly as strong a presence in recent years. In noticing this behavior, the question of course becomes why is Johnson Controls still investing so heavily in the platform space?

We have been sure to establish platform development is not dead, and the motivation for many companies shifting focus is their belief that increasing energy sustainability lies in financial exchange development. It seems the Cork, Ireland company may be thinking three steps ahead of everyone else in how to reduce energy usage and build a better grid. A recently published research report from the UK by Loughborough University in partnership with the Solar Trade Association (STA) and Advance Further Energy has determined that using smart energy technologies, such as smart control systems for buildings, reduces energy use and can be used to reduce spikes in grid demand. These smart energy technologies for controlling energy use within buildings is exactly  the kind of technology Johnson Controls has been developing, as exemplified by their most recent patent publication, 20200218233.  Curiously, Johnson Controls may not be the only company to see the potential of smart energy controls for homes and buildings. A surprising entrant to the sector, Amazon has just earned a full patent, 10331155, for power socket automation that allows power sockets to be monitored and controlled over a network. This system allows a central control to detect socket use, the amount of current being drawn from the socket, and the ability to turn off the socket to reduce power usage.

So far Johnson Controls dominates the sector in the development of smart energy technologies for controlling energy use within buildings, making them the company to watch, and the company to beat, for developing these new technologies to improve energy efficiency and control grid demand. To see if any other companies may be contenders, go investigate other patent documents in the sector at the Magic Number® Patent Forecast® and review the cited patent document's claims at Patent Matrix®. 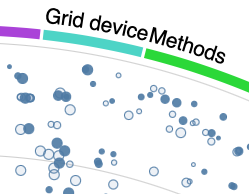