For those brave enough to venture out into public with the oncoming third wave of COVID-19, masks and social distancing have become an essential part of everyday life. If only there was a way to screen COVID-19 carriers from certain locations, so that people inside could relax, worry free. That day could be coming soon!

Global e-dentity, a company based out of Wilmington, DE, is working on bringing their biometric authentication technology to the fight against COVID. Global e-dentity seeks to create a U.I.D.™, a form of identification that uses your own body, rather than traditional methods such as passports or driver's licenses. But don't start thinking this is just your phone's facial recognition software; Global e-dentity goes much deeper, literally. In addition to boasting higher accuracy than most forms of facial scans, Global e-dentity’s technology scans much more than just your facial features. For example, its U.S. Patent No. 10,721,228 scans a user's blood vessels in order to authenticate their identity.

Global e-dentity's newest invention, U.S. Patent Pub. No. 20200358762, looks at changes in a user's body associated with COVID-19 infection, even an asymptomatic infection, in order to perform authentication. This application aligns with reports of Global e-dentity's entry into the global health field from July of this year. Global e-dentity's push into the prevention subcategory of the Pandemics sector is a significant splash in a relatively small technological space. So far, the prevention subcategory only has 9 documents, with a majority of those documents either being filed by an individual inventor or dealing with much different technologies, such as face masks. As many companies rush to grab a foothold in the global health space during this seemingly never-ending disaster, Global e-dentity could represent a useful acquisition or licensing opportunity for major biometric authentication innovators or manufacturers of major body-scanning equipment.

The security scanning industry has seen consolidation in the past two (2) years, first with the merger of L3 Technologies and Harris in June of 2019, and then with the acquisition of L3Harris' Security Detection and Automation Businesses division by Leidos in May of 2020. As Leidos looks to capitalize on its $1 billion investment, Global e-dentity's COVID screening technology could prove useful. On the other hand, IDEMIA, who runs the massive biometric IdentoGO® enrollment program, has also been actively acquiring companies in the past several years, after forming from a merger of Oberthur Technologies and Morpho back in 2017. It's possible that large companies in distinct sectors such as Leidos and IDEMIA could end up clashing over Global e-dentity's technology if both companies try to do the "pandemic pivot" at the same time.

For more updates on technologies to fight the COVID-19 pandemic, check out the free interactive visual Pandemics Patent Forecast® offered by Magic Number. 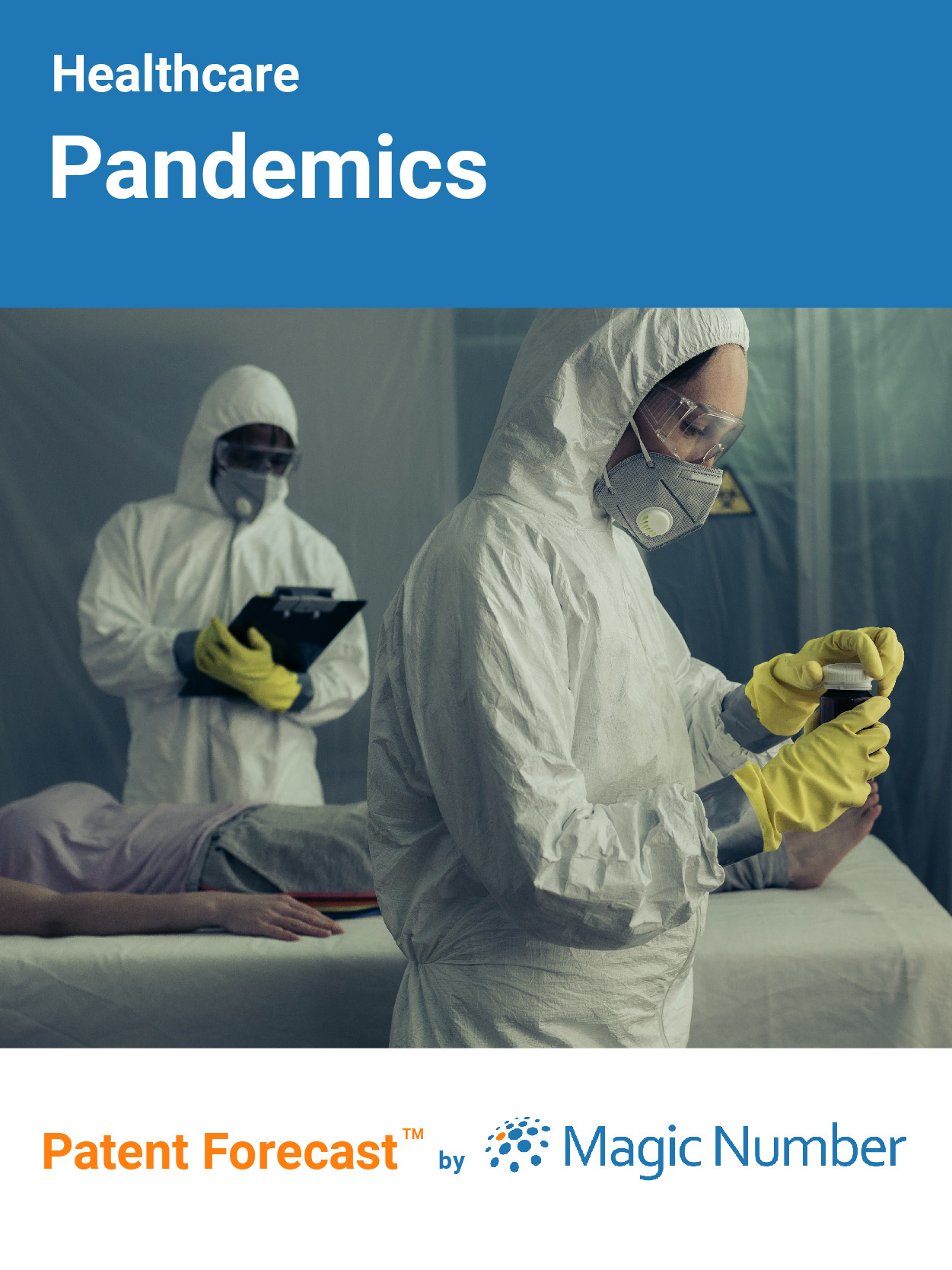