iStox Wants to Make Private Equity More Accessible, But Where Are the Patents?


Private Equity has traditionally been the domain of institutional investors and the super rich, but some companies are attempting to shift the paradigm by making it more accessible. One of those companies is iStox, a Singaporean company that allows investors to either participate directly in primary offerings or trade through secondary markets. By tokenizing the private equity securities into fractional shares, the platform claims to bring the initial cost of investment down from its traditional six figure minimum. In March 2021, iStox announced that it was tokenizing the Astrea VI series of private equity bonds and bringing down the minimum buy-in from around $200,000 to only about $20,000. Investors anticipate the Astrea VI series to be seen as a premiere offering this season after it was announced earlier in March, with strong diversification and a portfolio Net Asset Value over twice the value of the bonds issued. iStox’s announcement is pique interest in the platform.

However, iStox’s platform is not backed by any sort of patent protection and they aren’t the only ones. Other companies, such as France’s Kriptown, Hong Kong’s Liquefy, and the US-based Harbor, all have zero patents. Zero. Each of these companies could have a rude awakening, if and when they rub up against companies that have sought protection, including Templum, tZero, and Equity Shift. As the tokenized private equity market develops further, each of these assignees can reasonably be expected to continue innovating, so would-be entrants into the market are going to need to start looking at patents soon or prepare for some licensing fees.

To keep up to date with any applications filed for new private equity platforms, and sign up for the Securities Tokenization Patent Forecast®. 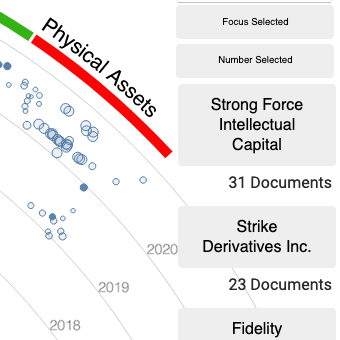