First Wave is the First to Move on Gut Reaction


Some say the quickest way to a person’s heart is through their stomach. Well, that might also be the quickest way to treat COVID-19. In April 2021, a patent was issued to First Wave for a method of treating COVID using niclosamide. For those unfamiliar with niclosamide, the drug has traditionally been used in the past as a means for treating tapeworms, roundworms, and other types of intestinal parasites. First Wave is no stranger to using niclosamide, as it is currently in the process of testing its MetaWave products (which include niclosamide) to treat ulcerative colitis. In fact, First Wave had already received a patent for that product line in 2019!

COVID-19 is a much different disease than ulcerative colitis, but the treatment has shown progress. Some studies have shown niclosamide to have promise in reducing COVID-19, while other studies have really just begun to test the effectiveness of the drug, but note the dates on these studies. The former study was conducted between June and August of 2020, while the later isn’t even scheduled to be completed until April 2021. However, the filing date of First Wave’s patent is March 31, 2020. This is the importance of early filing of patents. For reference, the former study was conducted by UNION Therapeutics, a Danish company that is also targeting the treatment of COVID-19 with niclosamide. It said so back on April 2, 2020, just two days after First Wave Bio’s patent was filed... Whoops. Even if UNION Therapeutics’ testing is successful, it may not be able to market its product at all if First Wave’s patent blocks it. It’s possible that First Wave may be willing to grant a license, but it’s also possible it won’t be so willing. If UNION Therapeutics is blocked by First Wave, that would not only mean that the money spent testing and developing the product would largely go to waste, but also that it blew its chance to leverage its experience with niclosamide to develop a profitable product. A few days of waiting could have cost UNION Therapeutics massive sums of money.

Patent Forecast® will keep watching to see if UNION Therapeutics and First Wave reach some sort of agreement, and you can see for yourself by monitoring our free Patent Forecast® for Pandemics. 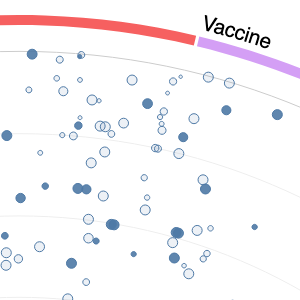