Nextiles Took a Patent-Focused Approach From the Start. Will It Pay Off? 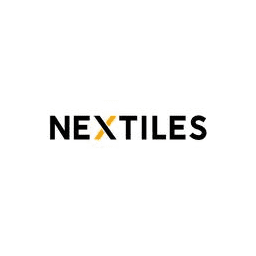 
Since the introduction of conductive threads, the textile and wearable sensors industry has been searching far and wide for every possible use of it, particularly for collecting data in clothing. Simply search for smart clothing using your favorite search engine and you’ll be met with a myriad of companies looking for ways to profit in the industry without much success, but Patent Forecast® has found a diamond in the rough.

Nextiles is a smart textiles company that spun out of an MIT research lab in 2019. Its focus is developing sensor fabrics that can produce biomechanical data from form-fitting clothing, then processing this data using machine learning into actionable insights. While this might sound similar to other smart fabric companies, what differentiates Nextiles is its specific applications within sports to not only measure direction, speed, and distance, like other wearables, but also novel Newtonian measurements like force, bending, and pressure. This is achieved by integrating semi-conductive threads into the clothing instead of traditional conductive thread, allowing the threads to sense mechanical changes at multiple points rather than just the beginning and end of the thread. Pairing this with its machine learning analytics allows Nextiles to provide athletes with broader and more insightful data that can help better an athlete’s game and prevent injury.

As for patents, Nextiles started filing early with provisional applications in 2018, already issued, including one only eight months after filing. These early successes are impressive, but what’s their strategy? With its previous patents cited by Google and Apple, Nextiles should continue filing new patent applications to broaden its claim sets, to block competition, and to possibly set itself up for acquisition.

As for the future of Nextiles, can it match its patent portfolio success with products? Stay updated on Nextiles and other Sports Analytics companies by monitoring our Patent Forecast®. 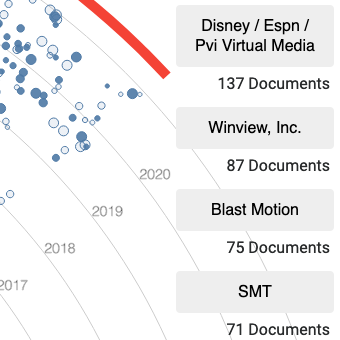